October is Inktober which is when you do an ink drawing for every day of October. The first 4 days of October I drew a different bird from my National Geographic Bird Guide.

I love birds. I think they are beautiful and I enjoy drawing their feathers. You'll be seeing lots of bird drawings from me. 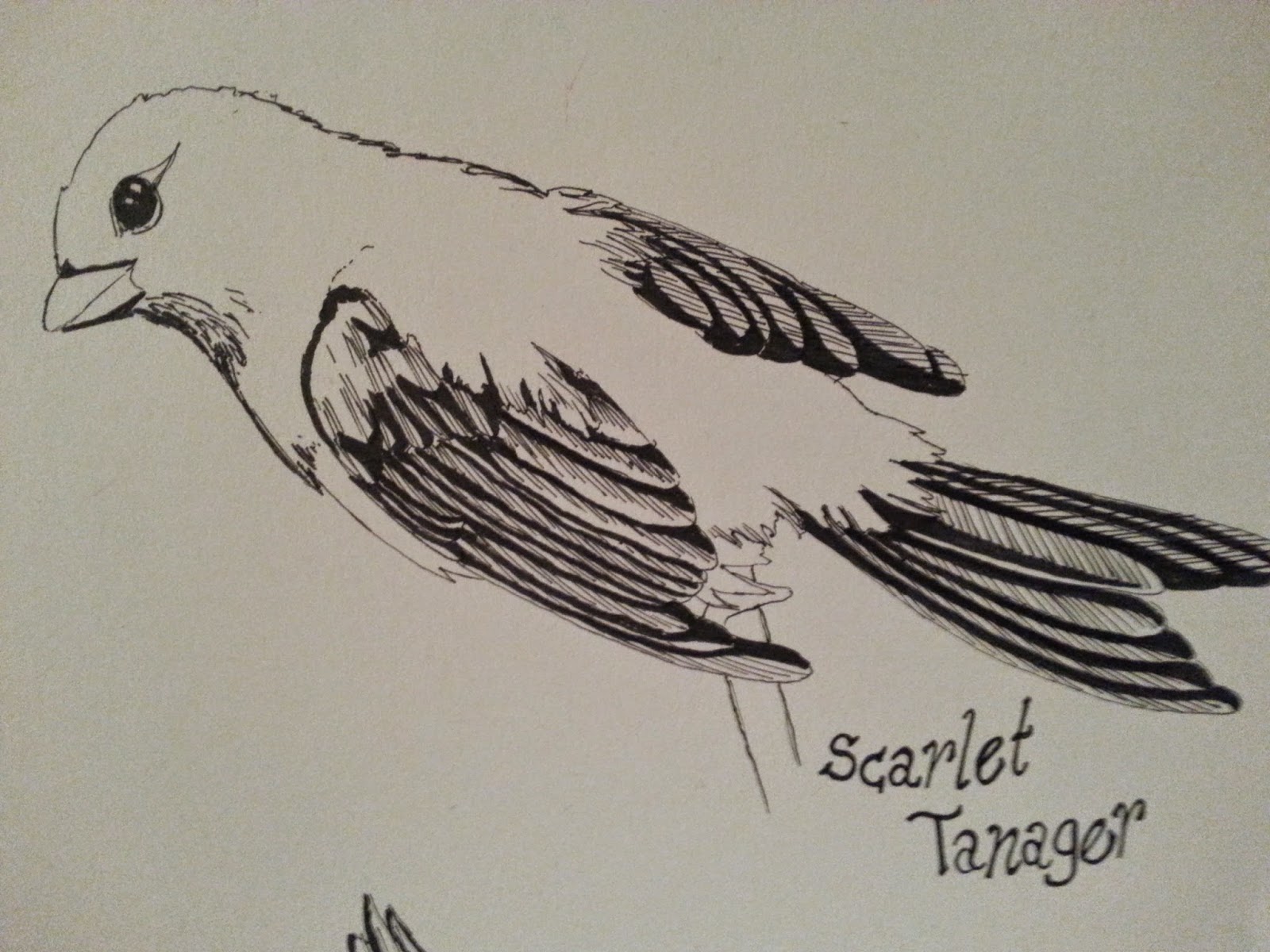 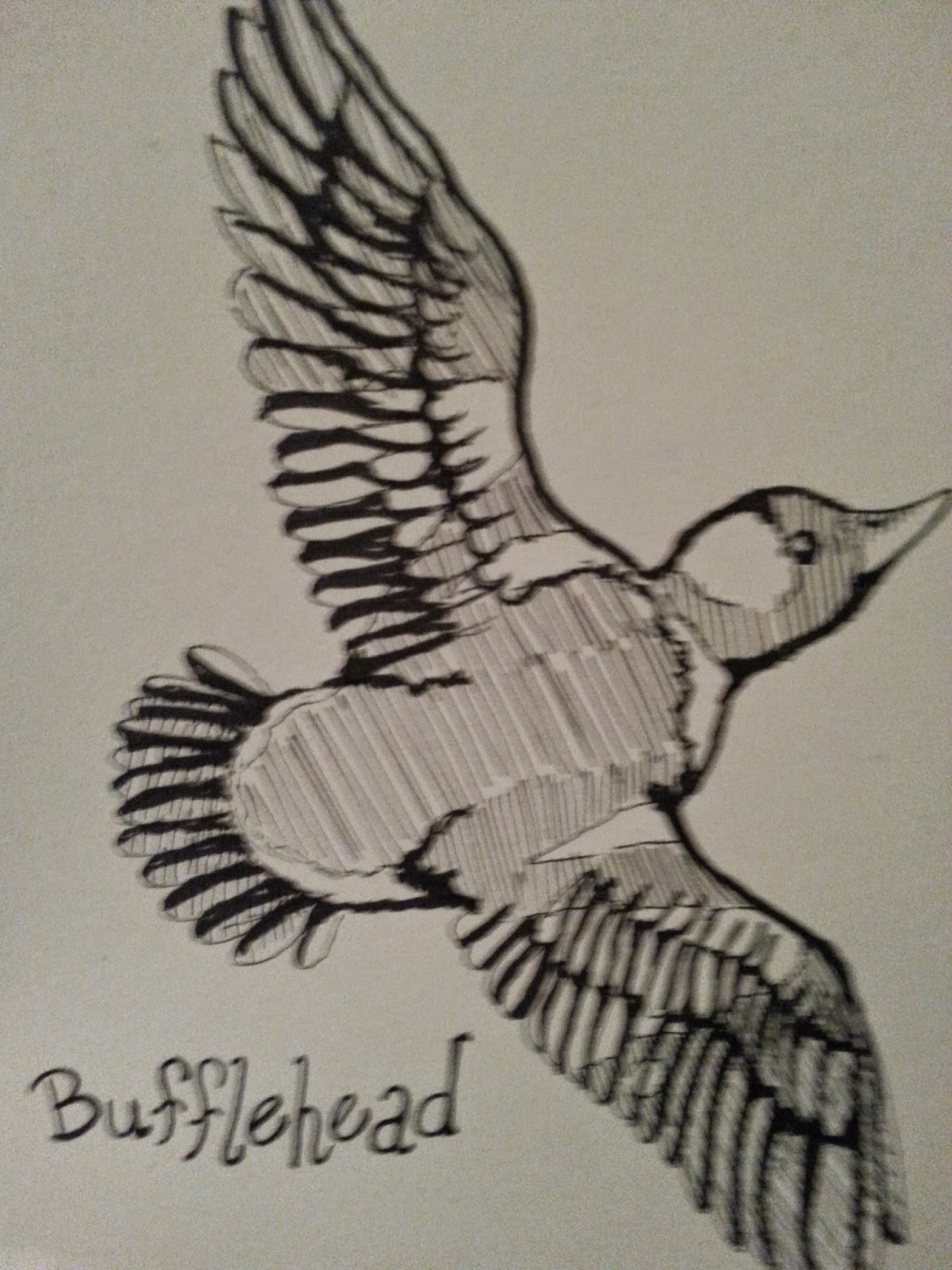 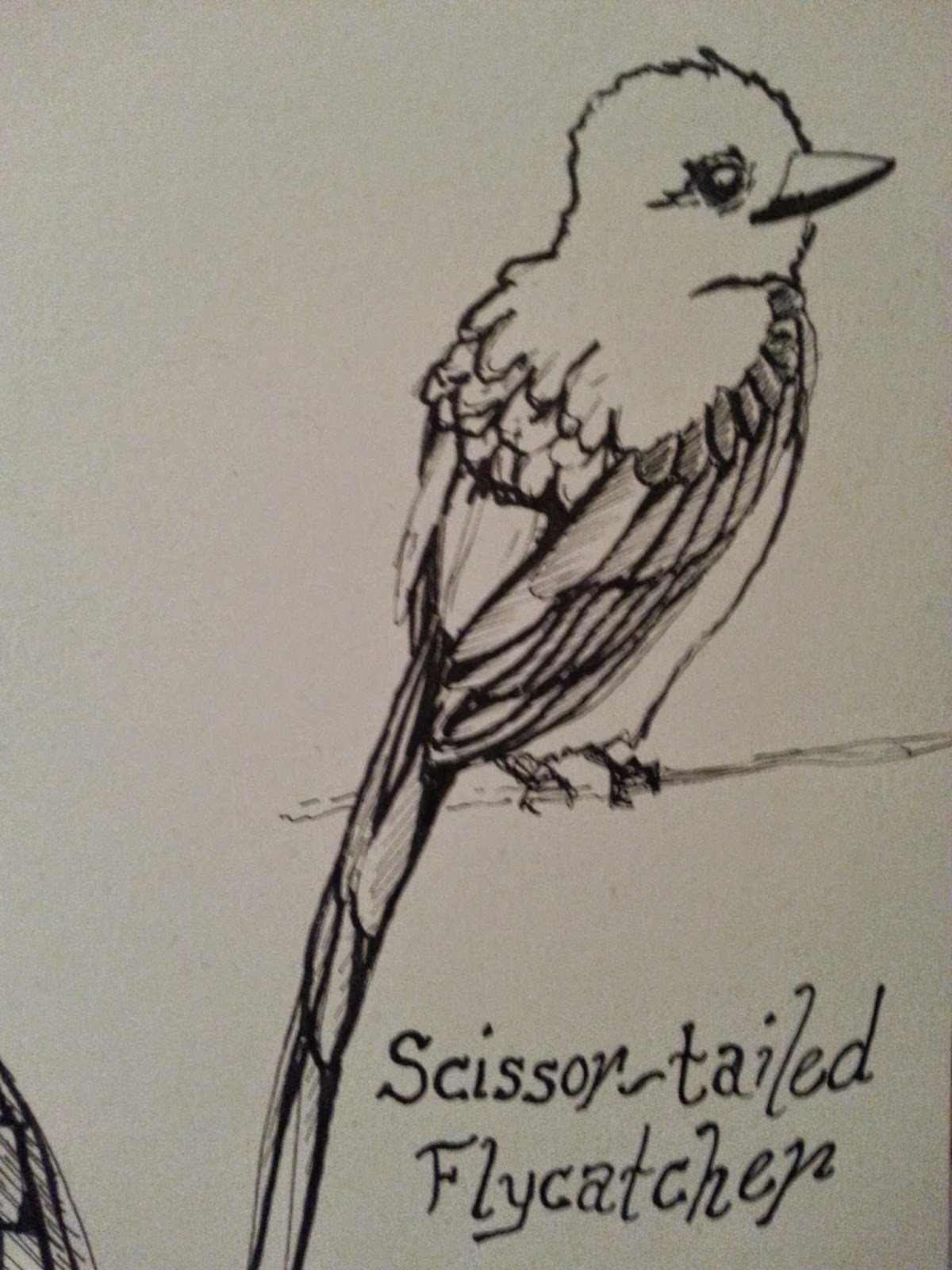 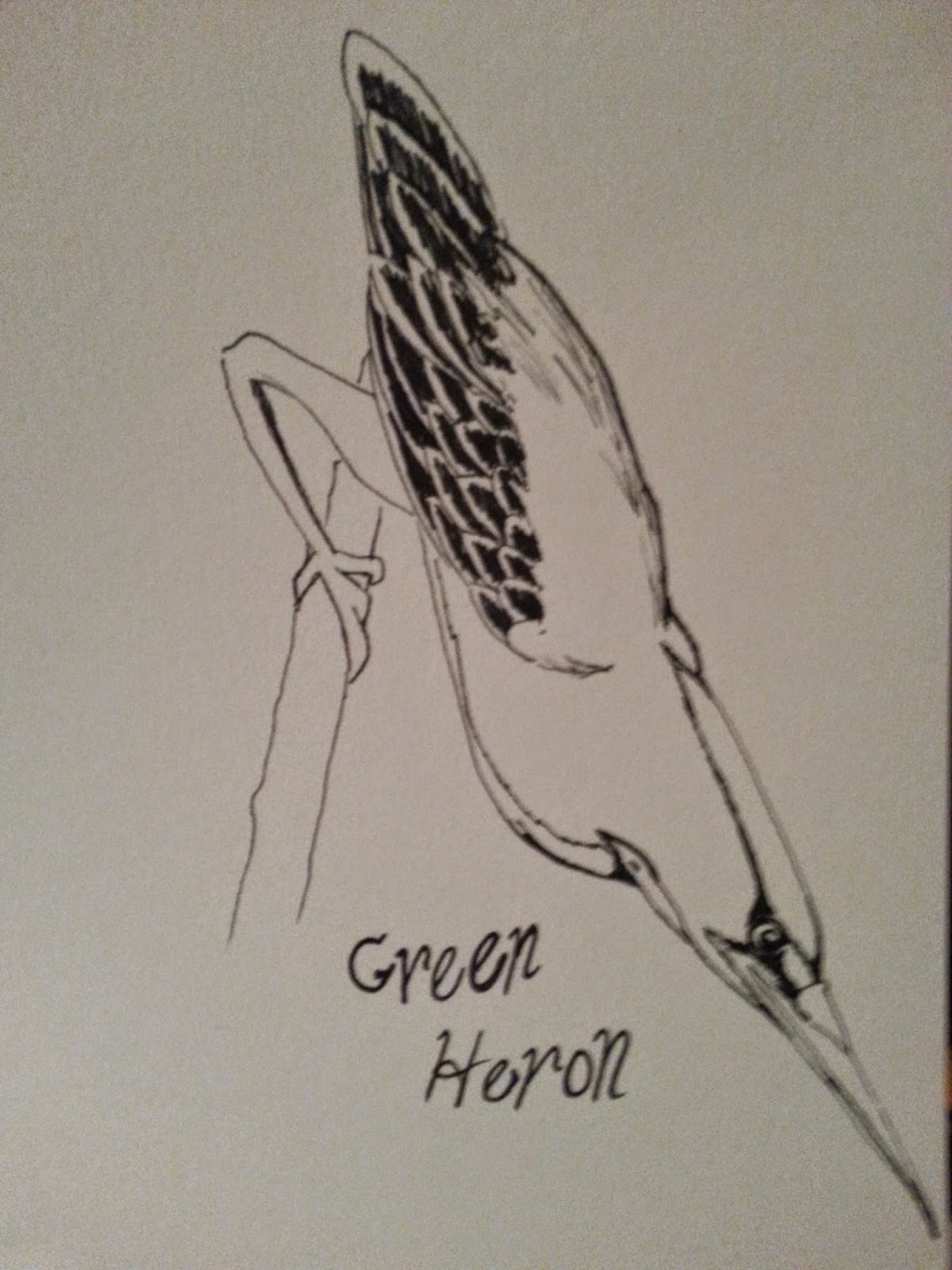 The BoxTrolls and The Departed 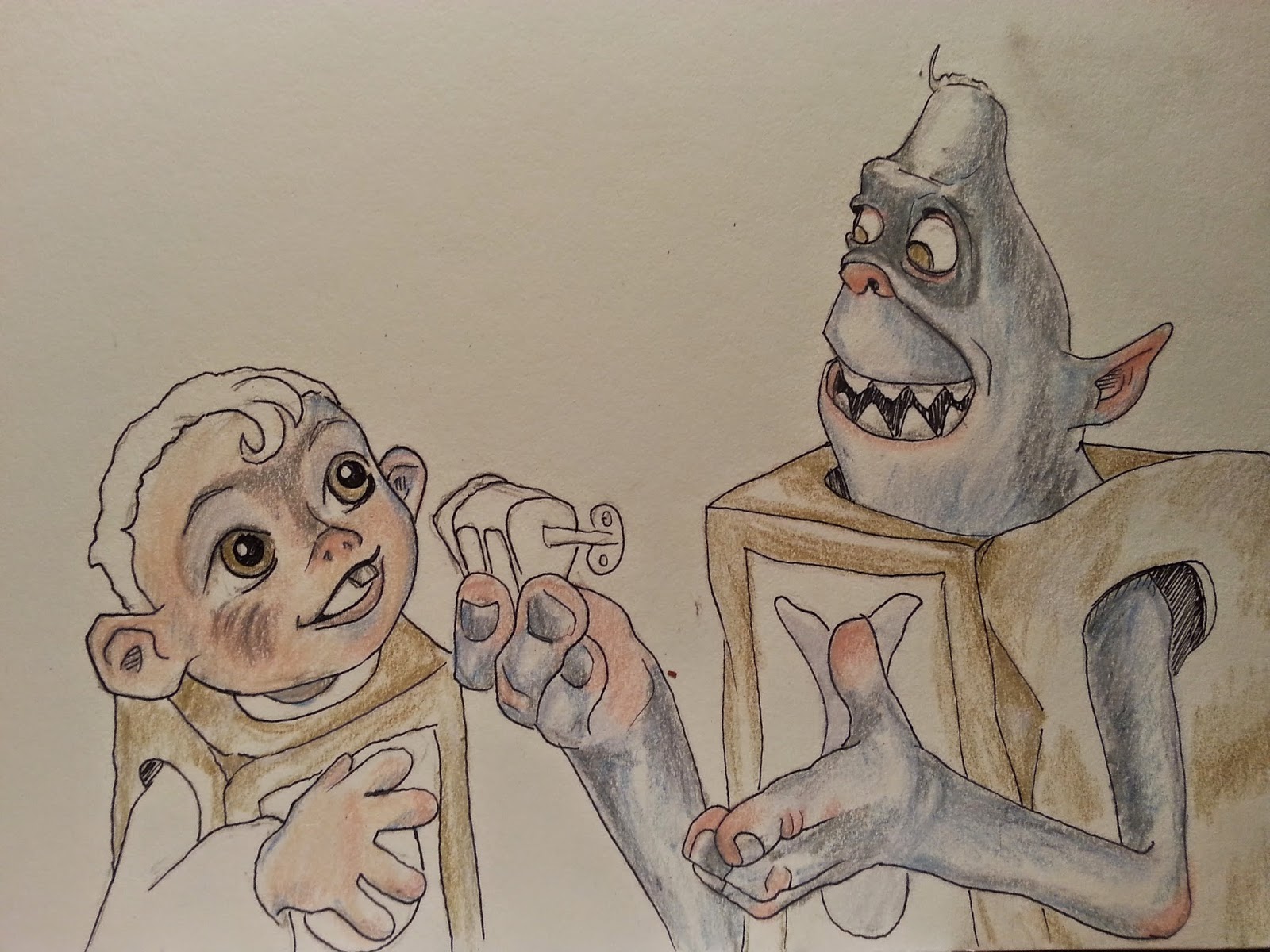 (Baby Eggs and Fish from The Boxtrolls)

On Tuesday I went to see The Boxtrolls. I was excited to see in because it's stop-motion animated by Studio Laika. I was already impressed with their last film Paranorman. Though I still prefer Paranorman, I love this new movie too.

Stop Motion is a very difficult medium and doing it well is impressive. And Studio Laika does it very well. Each Character must be moved just slightly for each individual frame of the film. It's a very tedious and stressful method of animation. You have to love it to do it (otherwise it'd be easier to make it computer animated) so obviouly Laika loves it a lot judging by the effort they put into their films.

The Voice Acting was well done. The main character, Eggs is played by Isaac Hempstead Wright. If that name sounds familiar but you can't quite place where, welcome to the club. When I saw his name in the credits I said "That name sound familiar where have I seen it before?". It's in the opening of Game of Thrones, he plays Bran Stark. Which actually fits pretty well. As Eggs in The Boxtrolls, he actually has to project a lot of emotions including Fear, Frustration and Sadness. The Main Villian, Archibald Snatcher, is played by Ben Kingsley. Man is he evil! I love evil Ben Kingsley! He so fantastically bad. Did I mention that Simon Pegg and Nick Frost are in it. Do you know who Simon Pegg and Nick Frost are? Their from the movies "Shaun of the Dead", "Hot Fuzz" "The World's End" and "Paul". Their Hilarious!

This is a pretty funny movie, lots of cheese puns. Quite adorable too.
It's a great a family film. 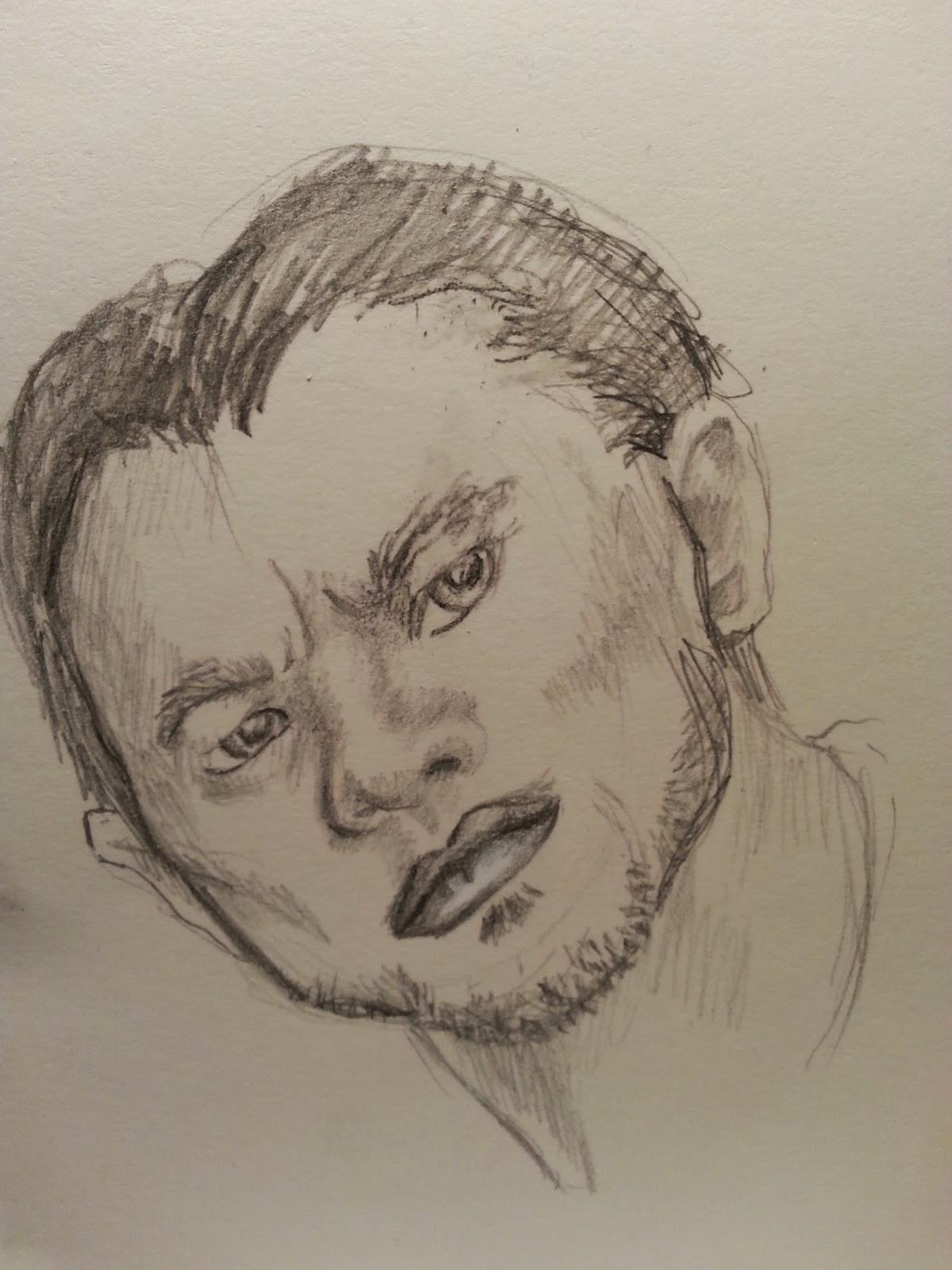 (Leonardo DiCaprio from the Departed)

So my new tuesday night routine is to see a new film in the cinema and then go to the movie store after. Do you remember when it cost $5 to rent a movie? I'm glad that's gone because now you can buy a movie for $5-$10. Usually you have to wait until it's a bit older but it's still a better deal. If I like it I keep it, if I don't I can trade it in at a used dvd store for different dvds. So every week I'll pick out a different $5-$10 dvd.

This week I choose The Departed. I heard it was good. It was good but not the type of movie I'll watch again so I will trade it in. The plot, the mob has a mole in the cops, and cops have a mole in the mob, and the moles are trying to figure out each other's identities. Lots of great actors are in it, Nicholas cage, Leonardo DiCaprio, Matt Damon, giving great preformances.

All artwork drawn by www.artbyingridglaw.com
Posted by Unknown at 19:08 No comments:


I was using my Blog at my website www.artbyingridglaw.webs.com however it didn't work to well so I started up this blog here at Blogger. I will use this blog to do the following:


-Share my artwork
-Crafts I've done on my own and with children
-Photos I've taken at photo shoots and while exploring
-Videos of artwork in progress, events, exploring etc
-Reviews of movies, books etc
-anything else that interests me